Please switch to a modern browser like Chrome, Firefox or IE10+ for better experience.

for All platforms
POP! Slots Casino

POP! Slots Casino
All platforms
OR
Thanks for contacting us. Your message was received.

Bingo Hit is a fast paced, 24 player tournament based on bingo inspired by the Win Zone. There are 2 rounds with individual slot games and unique social features and a bonus round.
Bingo Hit is only active during special events and can be accessed at the bottom of the main menu where the Win Zone button is usually found.

Tap on the Bingo Hit button at the bottom of the main menu. Your bet determines your star value, which equates to how many chips you receive from each win. Higher bets earn higher wins. You earn XP with every spin you make, and there is a minimum number of spins needed during rounds 1 and 2 to be eligible for prizes in the bonus rounds. 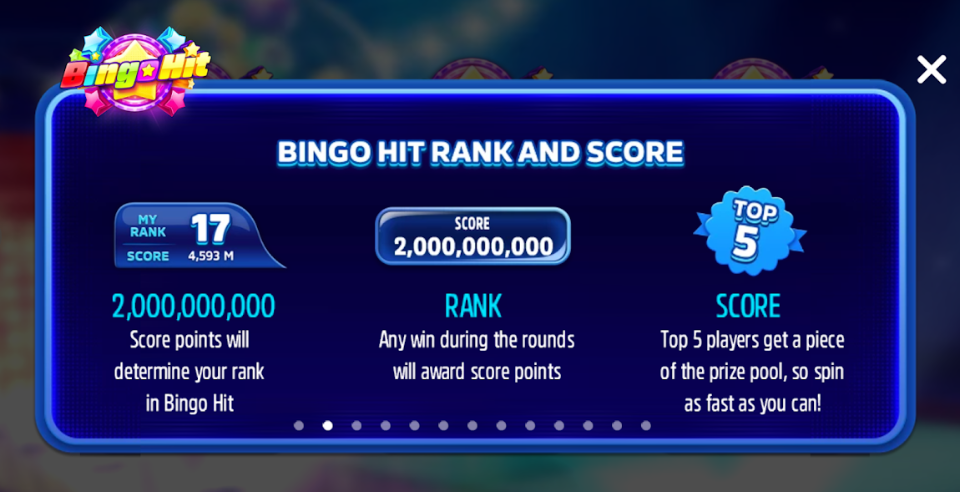 Round 1 and 2 are the same base gameplay, with higher bets present in Round 2.
Spin in the Bingo Blast slot to win chips, daubs, boosters, and compete against other players. The points you score will determine your rank with the top 5 players getting a piece of the prize pool. Earn 5 markers in a row to win a bingo. The round is over when there are no more bingos to win, or time runs out. There are several symbols that can land on the reels.
Paying Symbols: All paying symbols that appear will add to your score and add chips. They do not need to form a line or pattern. The number of chips won is based on the value of the star symbol which can be found at the bottom of the machine.

Daub: Capture a spot on the reels to use towards a bingo. Green markers show your spots while blue markers show your competitors spots. The daubed spot will be sticky until a line is completed with markers, then bingo is declared and that line is cleared. 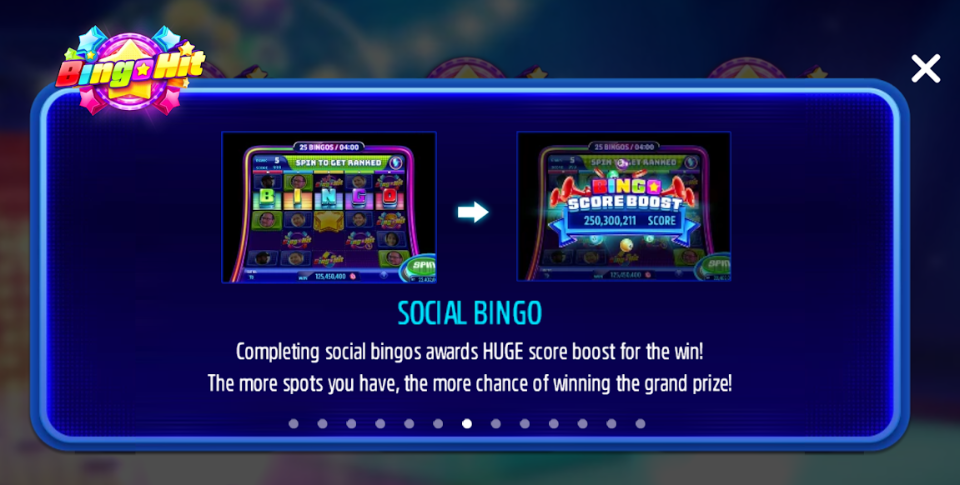 Each player has their own bingo card with numbers. Pipa will draw numbers and players must daub their bingo cards. All bingo draws are auto-daubed after 3 seconds. However, we encourage players to daub as fast as possible in case more than one player has a bingo as the first player to report it will win, just like traditional bingo.
Each daub adds to your total winnings. When daubs create a line, bingo is called and more winnings are added. If daubs create a special bingo pattern as seen below the card, bigger winnings are added. The bonus will be over when there are no bingos left OR when someone wins the Epic jackpot. 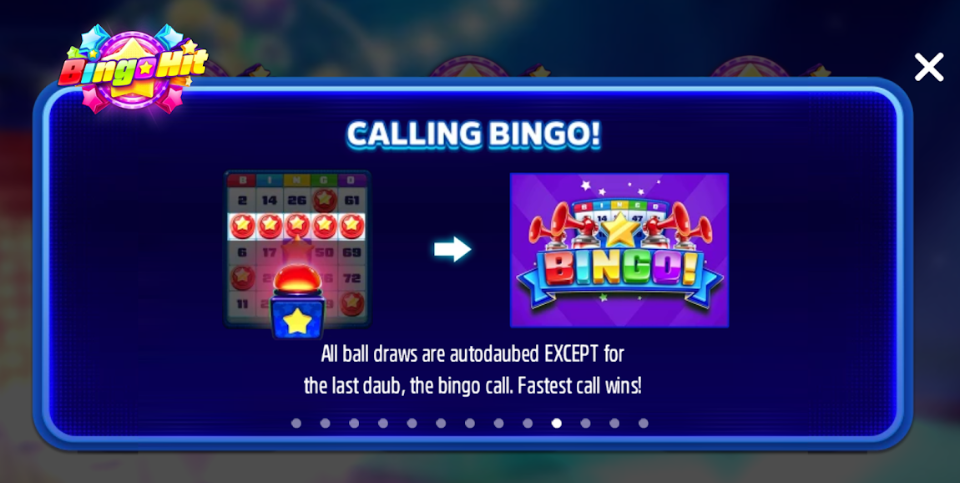 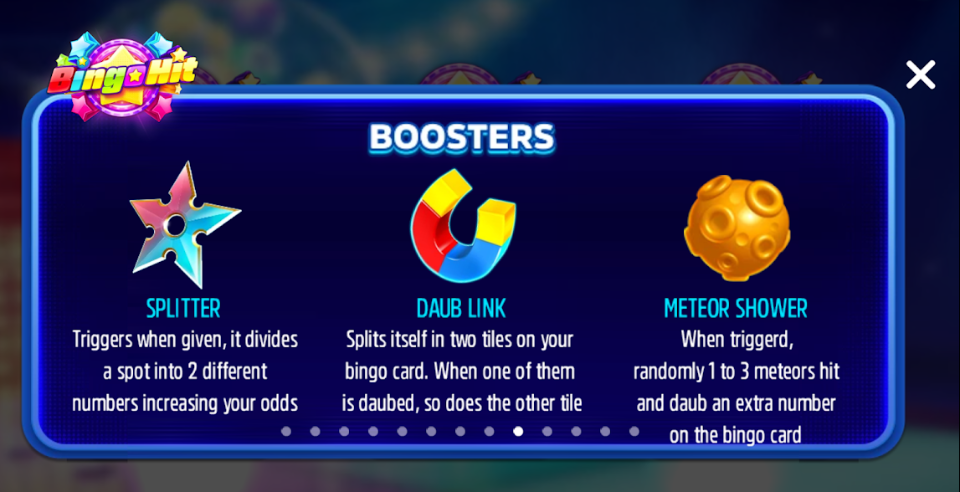 Your browser does not allow you to contact us from this page because third party cookies are disabled. Click continue to open this form in a new tab.

Something went wrong! Please reload and try again. We're sorry for the inconvenience.

You're navigating to a different app. You'll be able to continue the current conversation only when you switch back to the current app.